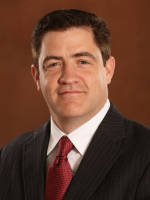 In five years, Keno Davis has built Central Michigan into a championship-caliber program, both on and off the court.  Davis took the reins of the Chippewas before the 2012-13 season and immediately established an exciting brand of basketball featuring up-tempo offense that emphasizes the 3-point shot, giving rise to the program’s “3MU” moniker.

In 2016-17, that Davis-coached offense ranked third in the nation, averaging an explosive 88.3 points per game, triggered by the dynamic backcourt duo of Marcus Keene and Braylon Rayson, the former the nation’s leading scorer.

Keene took college basketball by storm in becoming the first NCAA Division I player in 20 years to average 30 points per game and earned All-America honorable mention, the first Chippewa to be so honored since 2003. Keene set a Mid-American Conference record by scoring an eye-popping 959 points, the 20th-highest total for a single-season in Division I history.

Keene’s exploits brought unprecedented attention to Davis’ program and the university by way of full-length feature stories published by the likes of Sports Illustrated, USA Today, and the Wall Street Journal. His highlights were also frequently broadcast on the likes of ESPN’s SportsCenter and he was the subject of a feature on the CBS Evening News.

Eight times in 2016-17, Davis’ Chippewas scored 100 points or more points in a game, and they have hit the century mark 14 times during Davis’ tenure.

Davis guided CMU to a 16-16 finish in ’16-17, the third consecutive season in which CMU has recorded a .500-or-better mark, the first time the program has accomplished that feat since the late 1970s.

In 2015-16, Davis’ Chippewas won their second consecutive MAC West title, and also accepted a bid to the Collegeinsider.com Tournament, marking the first time since 1971 that CMU had made back-to-back postseason appearances.

The end of the season signaled the end of one era of CMU basketball as Davis said good-bye to a senior class led by Chris Fowler and John Simons. That duo, along with several other key contributors, comprised Davis’ first CMU recruiting class.

The group became the building blocks for the foundation of Davis’ program, and both Fowler and Simons wrapped up their remarkable careers having left a lasting on the court and off. Simons left as CMU’s all-time leader in 3-pointers made and attempted, and was supplanted in both categories the following season by Rayson.

In 2016, CMU led the conference with four Academic All-MAC selections, twice as many as any other team, and it marked the third consecutive year that CMU had more players honored for their academic success than any team in the league. Fourteen times in Davis’ five seasons in charge of the program have Chippewas landed on the league academic honor squad.

In 2014-15, Davis engineered the nation’s fifth-largest turnaround and captured CMU’s first Mid-American Conference regular-season championship since the 2002-03 season.  Central Michigan posted 23 wins, a 13-win improvement from the previous year, tying for the second most in program history.

After being selected 11th in the MAC preseason poll, the Chippewas proved to be the class of the conference as they won 12 games, claimed the MAC West title outright, and earned the No. 1 seed for the MAC Tournament.  A postseason berth, the program’s first in more than a decade, followed as CMU earned a No. 6 seed for the National Invitation Tournament.

For orchestrating CMU’s historic turnaround, Davis was selected as MAC and National Association of Basketball Coaches District Coach of the Year. In recognition of success achieved on the court and his moral integrity displayed off the court, Davis was also honored with the 2015 Skip Prosser Man of the Year Award.

Davis’ continued emphasis on the importance of academics was reflected in the fact that CMU was one of only 19 Division I schools to receive the Team Academic Excellence Award from the NABC.

Davis and his assistants have also made inroads in another key area, camps. The attendance number for the 2017 team camp tripled from previous years and CMU hosted more than 1,000 youngsters during its four camps throughout the summer months.

Davis’ positive and uplifting message has clearly struck an immediate chord with Chippewa fans. His Twitter account boasts more than 22,000 followers, ranking Davis in the top 15 among all Division I head coaches and first among all mid-major programs.

DAVIS’ BACKGROUND IS STEEPED IN TRADITION AND SUCCESS
Davis was introduced by as the Chippewas’ 20th men’s basketball coach on April 3, 2012, bringing four years of Division I head coaching experience.

In 2008, Davis was named the coach of the year by six national organizations, including the Associated Press, the U.S. Basketball Writers Association, and The Sporting News.

In one season at Drake and three at Providence, Davis compiled a 74-55 (.574) record and made two postseason appearances.  In 2007-08, Davis’ first as a head coach, he led Drake to a 28-5 record, includeding a 15-3 mark in the Missouri Valley Conference.

His team captured its first MVC regular-season title since 1971, the first MVC Tournament championship in program history, and the Bulldogs made their first trip to the NCAA Tournament since 1971.

Drake was nationally ranked for a school-record eight consecutive weeks and finished 14th in the Associated Press Poll and 23rd in the ESPN/USA Today Coaches Poll.  Davis inherited a team that had graduated four starters from a squad that went 17-15 in 2006-07.

The 19 victories was the most for a first-year coach in the history of the program, and two of those wins came over top-15 teams, including Pittsburgh, which was ranked No. 1 nationally when the Friars posted an 81-73 upset.

That Providence squad finished tied for sixth place in the conference after it was picked to finish 12th in the preseason poll. Davis led Providence to its first BIG EAST Tournament victory in six years and into the postseason as the Friars earned an at-large bid to the NIT.

Davis has a proven track record of developing players and preparing them for the next level. At Providence, he mentored MarShon Brooks, who was selected by the Boston Celtics with the 25th pick in the 2011 NBA Draft after Brooks had earned multiple All-America honors.

Keno and his father share the distinction of being the only father-son duo to have captured national coach of the year honors. In 1987, Tom Davis was named by the Associated Press as its National Coach of the Year. The Davis duo has combined for 716 victories and a .608 winning percentage.

Open to any and all entrants. The cost of any awards are included in the cost of attendance.